California sportsbooks could soon be legalized in the Golden State if a new amendment is voted in. According to reports, an amendment to the current gambling bill has been introduced and given a deadline for June 2020. If politicians vote it through, the issue will be presented  in a November 2020 ballot vote. Two Democrats, Assemblyman Adam Gray (D-Merced) and Sen. Bill Dodd (D-Napa), are behind the bill. Since the Democrats hold a majority in the state, meaning that the bill has a good chance.

However, it still has to pass through both houses of legislature before it can go to a public vote. In a statement, Senator Bill Dodd claimed that he wants to bring all gambling institutions together. This would include card rooms, tribal casinos and horse racing, as well as California sportsbooks. So, what will it take for lawmakers to allow the bill into law? 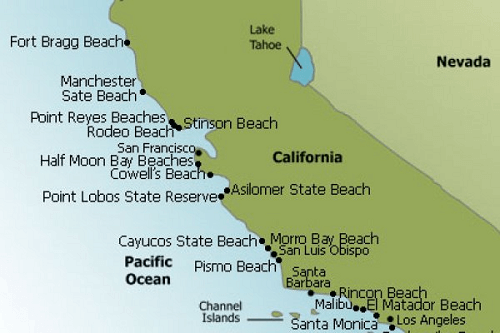 California Sportsbooks at the Start Line

Only 13 American states have legalized sports betting to date, with two on the cusp of regulating them. In order to get California sportsbooks on the cards, they will first have to be agreed on for tribal gaming and card rooms. Reportedly, non-tribal gaming is fiercely opposed for 70 casinos in the state and they especially hate the card rooms.

Reportedly, card rooms in California are also looking for a slice of sports gambling. This would potentially put the two institutions at odds again. Many politicians include tribal gaming, card rooms, race tracks and professional sports betting as stakeholders in the debate. Still, mobile and online gambling haven’t been mentioned by the bill’s two backers.

As California is home to 16 NFL, NHL, NBA and MLB franchises, bets are expected to bring in a lot of revenue. However, the fact that mobile and online bets haven’t been mentioned is worrying. Experts predict that 90% of all bets will be made on mobile apps and websites in the next ten years. So, adding them to the lexicon of California gambling is vital.

In addition, the locations of sportsbooks will be a sticking point for many legislators. Most of the state’s biggest casinos are placed in rural areas. There’s talk of putting California sportsbooks up at sports arenas, which will probably cause more drama. Of course, it would make things a lot easier for fans. We’ll be keeping tabs on this story.

So, keep visiting RiverNileCasino.com for updates!