In a strange turn of events, the Grand Theft Auto (GTA) virtual casino is making some big earnings. While players had to wait a long time for the Diamond Casino to open, they seem to be making up for lost time. Devoted players might be spending money, but legal is it for video games to offer gambling in-game? Well, we can’t know for sure, but regulators could start to take notice.

Reportedly, Take-Two Interactive, parent company of Rockstar Games, revealed the Q2 earnings. In the report, they found that recurrent consumer spending increased by 23%. This is a new record for the company, who depend on regular gameplay. Through GTA Online, they’ve managed to change the landscape of video games. 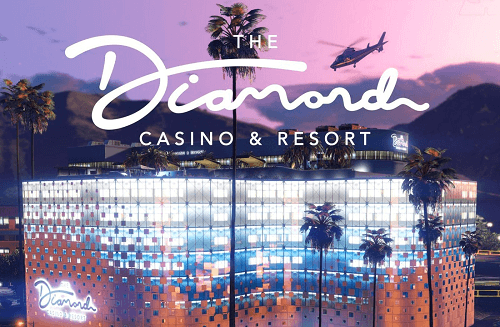 In their fictional city of Los Santos (loosely based on Los Angeles and California), GTA had an empty casino building that players couldn’t access for five years. An “opening soon” sign hung above the building, but players believed it was just part of the landscape. When it launched in July, many players immediately started gambling.

To put things into perspective, Rockstar Games took longer to build the imaginary casino than Wynn Resorts. While building the Encore Boson Harbor for $2.5 billion, they had to decontaminate an old chemical plant, flatten the entire plot of land, and faced multiple scandals. Through all this, they still finished on schedule and opened this year.

Players can only use in-game currency to get chips. Moreover, they can play poker, blackjack, slots, and other popular formats. So, it’s technically a social casino, leaving regulators with nothing to stand on. While micro-transactions are still a concern, Rockstar was extremely cautious with it.

While they have launched the casino in friendly territory, Rockstar decided to block the GTA casino in 50 countries. Through their legal team, it’s easy to see why the launch was delayed. Still, their earnings more than make up for the casino’s delay. According to the companies, their profits “exceeded expectations”.