True rewards is an existing reward system available and used by Golden Entertainment the casino giant. Customers earn points for the money they spend at their recreational resorts. In recent developments, Golden Entertainment has decided to combine all of the reward programs and make them one. This will make it easier for patrons using the entertainment centers if there is one loyalty card for everything.

The program will now include loyalty points for all the amenities under the Golden Entertainment company. Even ones that were never involved before, specifically casinos. These include restaurants, gyms, supermarkets, and all the ten casinos operated by Golden Entertainment. 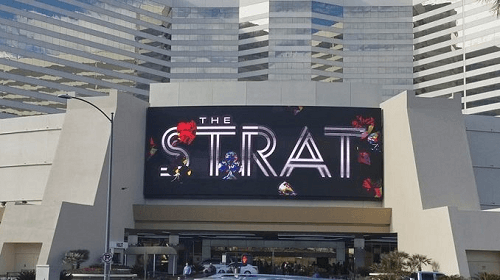 Loyalty programs have become increasingly popular as a way to not only increase revenue for the business but as incentives for customer loyalty. When companies introduce a loyalty program, they are bound to get more returns from their customers who will now want to optimize their loyalty returns. Golden Entertainment operates the famous The Strat on the north end – a large entertainment center situated on the famous Las Vegas Strip. The company also runs nine other gaming venues in Nevada so the loyalty program will have many eager for its arrival.

How will True Rewards Work?

True Rewards loyalty program will use a tier system. To label the different types of rewards so that more effort is rewarded with more points. The levels from bottom to top are – True, Loyal, Solid, Legit and Epic. There is an evaluation done every six months so players can move up the ranks if they are deserving.

Players gain 1 point for every $1 wager for games like slots and video keno. Also, they gain 1 point for every $2 bet on video poker. Every 300 points is a $1 discount for wagers or on the use of other amenities. True Rewards can also be used fo riding credits with the famous transport app Lyft and for renting a car at Advantage Rent A Car. The True rewards program seems promising in its ability to attract new players and to satisfy existing players.