Wynn Resorts was accused of racketeering in Massachusetts in order to win their gaming license for the eventual Boston Harbor casino resort. While Federal Judge Patti Saris threw out the case, they did note that some arguments presented were valid. In the case Sterling Suffolk Racecourse LLC accused the Las Vegas firm of breaching the RICO Act.

According to the suit, Wynn Resorts had “conspired to fix” the bid. They were asking for US$3 billion under the alleged infractions. However, the District Court showed that this didn’t qualify under RICO. In addition, Judge Saris mentioned that damages could be pursued in state court. Since the Boston Harbor property is already complete, it could have been sold if the license was revoked. 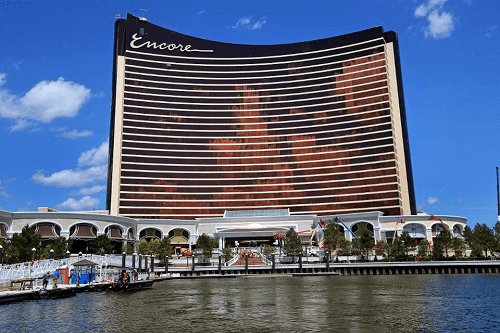 Among their allegations, Sterling accused Wynn Resorts of offering Everett Mayor Carlo DeMaria kickbacks. These were related to the property deals the casino operator needed for the planned resort. Moreover, they accused Massachusetts Gaming Commissioner Stephen Crosby of conspiring with his business partner to give the license to Wynn.

Finally, they accused the casino firm of “circumventing laws” that prevent “mob elements” from becoming involved in legitimate businesses. This is referring to FBT Everett Realty, who sold land to Wynn Resorts. According to the suit, FBT hid the ownership stake of an alleged mob associate with a criminal history. Massachusetts laws prohibit felons from profiting from the casino industry.

Under the RICO Act, racketeering must be ongoing to be prosecuted and the collusion is clearly from 2015. Unfortunately, this means that Wynn Resorts and “mob elements” can’t be charged. Although three of FBT’s directors were prosecuted for fraud in 2016, they were acquitted. So, Sterling’s case couldn’t be pursued any further.

One of the highlighted arguments, the license procurement, was acknowledged by the judge. In her words, this was fraud and should be investigated. The final judgement was passed without prejudice, so Sterling can pursue it at a state level if they choose to. Meanwhile, Wynn remains able to block further litigation through the First Amendment.

Keep visiting our website for updates on this story and other casino news!