A new Canadian study focused on gambling while drunk has revealed conclusive findings into chasing losses and Gambler’s Fallacy. Through a University of British Colombia (UBC) study, scientists have proven that alcohol affects judgement when gambling. Many frequent players will know about this and it seems that staying sober is better for your pocket.

Researchers at the Centre for Gambling Research conducted the Canadian study by observing two groups. One group were served virgin cocktails while the others were “given enough vodka” to become mildly drunk. Then, participants played digital roulette under supervision. The mildly influenced players reportedly had worse results than the placebo group. Inebriated players were “more likely to increase wagers” to win back their losses. 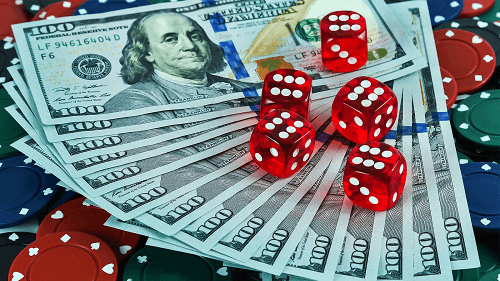 Gambler’s Fallacy is a collective theory among USA players that claims making bigger bets will recoup losses. However, it has been proven that this idea is highly unlikely to work. In the Canadian study, it was revealed that while continually trying to win back money, inebriated players lost more. Most brick-and-mortar casinos take advantage of this by advertising how any times numbers land on roulette tables.

Many people will fall for the theory that the number is “hot” and will keep landing. As many experts know, this is highly unlikely because casino game outcomes are completely separate. Thus, positive results will only last as long as chance and luck are on your side. Believing anything else will end in a lot of losses.

During the Canadian study, it was obvious that the perceived risk and reward influenced gamblers. In the study, this is tied to the “Prospect Theory”. While the theory is four decades old, it still proves true today. When used economically, the theory uses a “value function” that allows traders to tolerate certain losses through rationalization.

When used in gambling, the individual’s values can display in several manners. First, the player could become desensitized to favorable outcomes. Secondly, they could develop an aversion to money loss because of euphoria. Finally, their loss and gain reference points shift over the session, possibly influencing more chasing. If the study is to be believed, there’s no way to avoid chasing losses while intoxicated. So, players should probably save the drinks for celebrating later on.

Keep visiting us for the latest USA casino news!