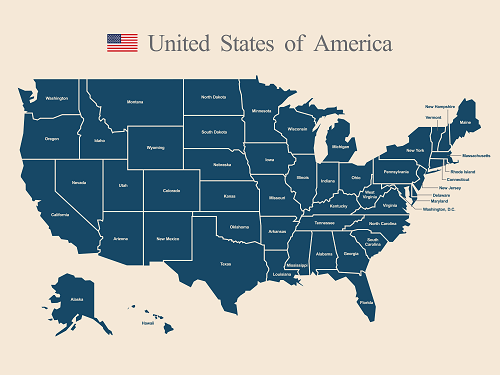 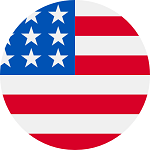 Most US players may not know that only 48 allow gambling and US casinos. To further complicate things, these states allow certain types of gambling. That’s why our team of experts has created this guide on states and gambling laws. The federal government doesn’t regulate gambling. So, in all 50 states, local legislators need to regulate all forms of gambling. This includes restrictions on sports betting, poker rooms, horse racing, online gambling sites, and state lotteries.

Since the gambling industry is so broad, it’s strictly watched. However, after the Professional and Amateur Sports Protection Act (PASPA) was overturned, state legislation started. If you’d like to skip ahead to your state, we’ve got an interactive map to help.

Where to Gamble in the States

Here in the US, states are allowed to define gambling in their own words and classify gambling. This means that varying states have different definitions and classes for gambling. So, this makes learning your state’s laws important. Many online gambling operators aren’t allowed to expand in the US without state laws, which means they could be operating illegally. Before getting started with US casinos, we recommend searching for your home state’s laws.

Using the definitions, some states won’t allow Daily Fantasy Sports betting, while others will. Similarly, poker rooms online are treated the same. Each state’s constitution will address how gambling is regulated and allowed to expand. Usually, any changes will require a constitutional amendment where voters will have their say if it’s approved in the legislature. For USA players living in more conservative states, this becomes tricky.

Until 1992, each state’s stance on sports betting was their problem. However, when the Professional and Amateur Sports Protection Act (PASPA) was passed by Congress, it became a federal law. This stopped the expansion of sports betting at the state level. Only Delaware, Montana, Nevada and Oregon because they had already legalized. In addition, Mississippi, Louisiana, South Dakota, Iowa, Colorado, Illinois, and Missouri all legalized casinos three years before Congress voted on the sports betting issue.

On May 14th of 2018, the US Supreme Court overturned PASPA on the grounds that it was unconstitutional. Currently, casinos and sports betting are allowed, but not in Utah or Hawaii. Nevada and New Jersey had also passed laws allowing commercial gaming for slot machines and gaming tables. Legal gambling is back on the table and Internet gambling is a big issue.

In 2006, Congress passed another restricting law known as the Unlawful Internet Gambling Prohibition Act (UIGEA). UIEGA made offering online gambling services to US citizens illegal. It also allowed for federal prosecution of any sites offering their services. Many USA poker fans were disappointed to find out that they could no longer use poker sites.

However, Congress tied UIGEA to the Wire Act of 1961. The Wire Act has been used many times to justify making Internet gambling illegal. However, the Department of Justice did give states the green light to allow online gambling sites in 2011. They also stated that the Wire Act would only apply to sports betting, but even that has been overturned. So, as long as USA players do so safely, they can technically gamble legally anywhere in the United States.

The only requirements for this amendment are that age and location verification services must be in place. In effect, limiting unauthorized or illegal access to US online casinos and gambling sites.

All Legal US Casinos

US casinos have existed for almost a century, mainly in Nevada. Before that, US citizens gambled in saloons and public houses. So, you could say that gambling has been a part of US history since the beginning. Of course, the first-ever gambling den was Brown’s Saloon, which opened on what we now call the Wyoming and Colorado border in 1822. In the early 1900s, a conservative movement managed to remove every casino in the US.

Then, in 1931, casinos were back in Nevada, which was the only state with regulated casinos. The state was also the first to legalize off-track betting on horse races and sports betting. However, the East Coast reportedly had a host of illegal gambling venues in the underground until the 1950s.

New Jersey then became the second state to legalize casinos and brought Atlantic City into the industry in 1978. After 11 years, South Dakota joined the party with its own casinos. This momentum snowballed during the 90s and tribal casinos started to open along the Mississippi River.

So, how did the distinction come to be and why was it necessary? In 1987, the US Supreme Court decided to allow tribes to own and operate casinos. Native Americans won the right to operate casinos. Through the cornerstone of the decision was California v. Cabazon Band of Mission Indians. In 1988, the Indian Gaming Regulatory Act made the decision final.

The Supreme Court ruled that tribes who had signed treaties with the federal government are sovereign nations. They are allowed to follow tribal laws as a result.

To become eligible to open a casino, a Native American tribe must be recognized by the US Interior Department’s Bureau of Indian Affairs before 1932. Otherwise, the Interior Department had to grant a waiver. All resorts are built on tribal reservations. 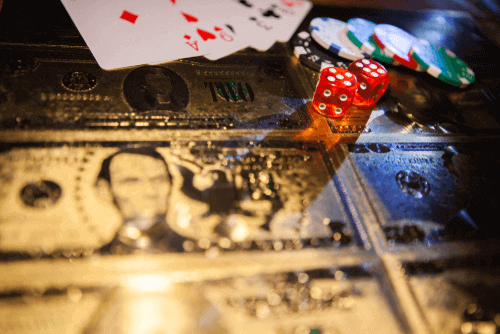 US States with Tribal Casinos

At the time of writing, only two of the 50 states in the US don’t allow gambling. Both Hawaii and Utah have no laws, and it doesn’t look like they will any time soon. These states have a 100% ban on all forms of gambling. Conversely, Mississippi, Alabama, Alaska and Nevada don’t have lotteries either.

At least 22 states allow pari-mutuel betting on horse races or lottery gambling, but not land-based casinos. For example, Kentucky, South Carolina, Georgia and Virginia. In Texas, the Lucky Eagle Casino in Eagle Pass is the only legal brick-and-mortar casino. Alabama’s Coushatta and Tigua tribes have fought (unsuccessfully) to open casinos. Unfortunately, they aren’t eligible to create a gaming compact.

With so much going on for land-based operators, where can web-based casinos fall in? Back in the 1990s, the first online casinos hit the US market and made it easier to gamble. Since these US casinos can offer every game in existence, the choices are pretty exciting. Of course, lawmakers saw a lot of problems with this and regulations quickly started popping up.

In part, the fast pace of the online gambling industry led to many legislators denouncing them. Local governments were especially at a loss. As a result, only New Jersey and Delaware have managed to pass laws for Internet gambling. USA players in these states can enjoy online slots, poker, blackjack, craps, roulette and many others from their homes. Nevada has only legalized online poker rooms and sports betting to date.

Conversely, half of the 50 states allow online horse racing bets as well as online lottery ticket purchases. One of the reasons many other states won’t regulate online gambling is the Wire Act of 1961. As we mentioned above, it has been used to prohibit web gambling through interpretation. Yet, the act came into being before the internet. Under the act, interstate betting is illegal, but this technically only applies to sports wagering.

When the Wire Act was reversed in 2011, states were able to start the process to legalize. Some states have simply legalized all casino games without voters because they claim the voters already approved other games. In other states, attorney generals and legislators are worried about Daily Fantasy Sports (DFS). To allow DFS, the constitution must change.

Complicated legislative processes and special interests are the main reasons why states haven’t followed New Jersey and Delaware with online US casinos. Still, USA players in all states have access to web-based gambling websites. So, you just need to find the safe and trustworthy kinds like our reviewed and rated casinos listed above.

How many states have at least one casino?

Including casinos located on tribal reservations, there are 40 states with at least one legal casino.

Which states do not have a casino?

What states have legal sports betting?

Nevada is currently the only state with comprehensive online sports betting legislation. Delaware, New Jersey and a few others have bills in the works.

How do I find the closest casino?

You can simply type “casino near me” into Google and it will match your closest casino. However, this will work even if you’re hundreds of miles from the nearest one.

Where do I find more information about state gambling laws?

Our site offers guides on each state’s individual laws and legislature. In addition, your local government will have similar resources online.

Only 42 states allow casinos. Use our interactive map above to find them.

What cities have casinos?

Most of the large cities across the US have local land-based casinos. But, no cities in Hawaii, Tennessee, Kentucky, South Carolina, Virginia, Vermont, Alaska, Georgia, Utah, and Nebraska have casinos.

How many states have legalized casino gambling?

In total, 48 states have legalized gambling in some form. However, they differ on which formats are allowed.